Get To Know: The Majestic Temples in DIENG! 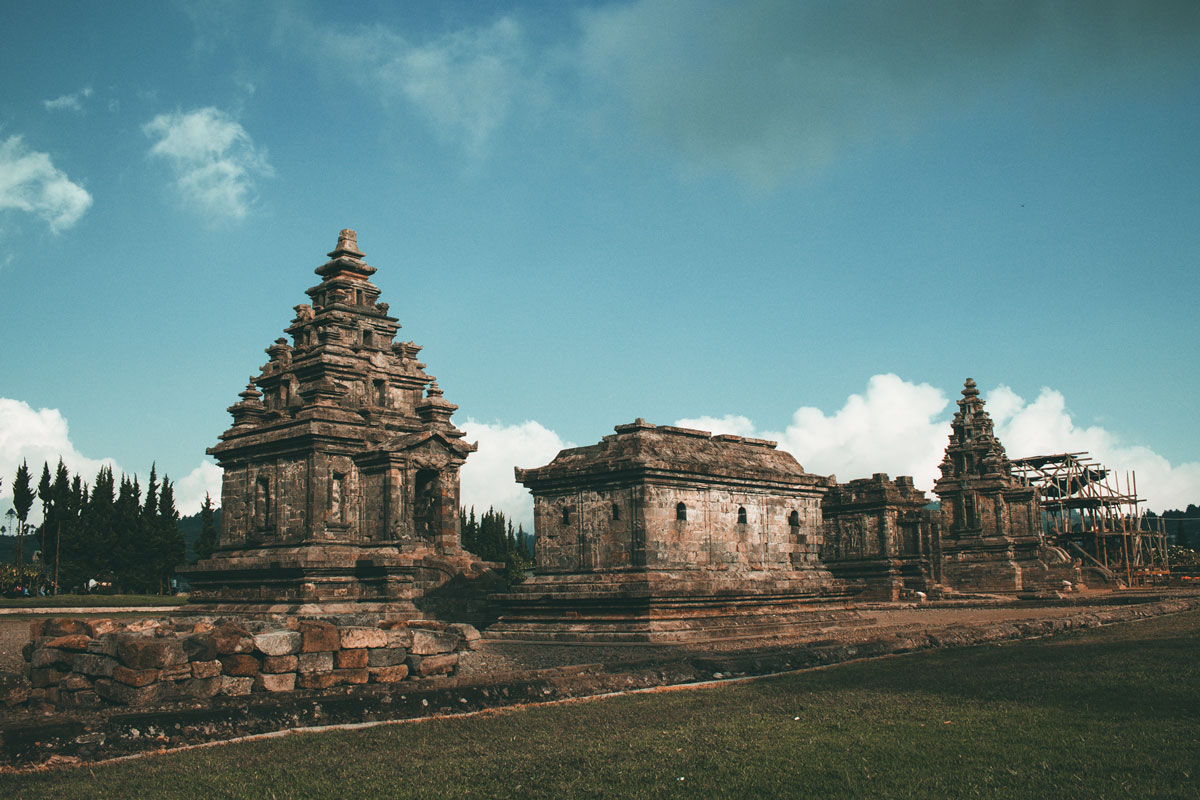 Dieng Plateau is home of eight small Hindu temples that are among the oldest surviving religious structures ever built in Java, and the earliest Hindu temples in Indonesia. The local Javanese population named each temple according to Javanese wayang characters, mostly taken from Mahabharata epic. The temples show many features of Indian Hindu temple architecture. Surrounded by green hills with a very cool air makes this temples in Dieng as the best place to learn the history of Javanese ancestors.

The temples are clustered around three groups; Arjuna, Dwarawati and Gatotkaca clusters, while Bima temple was constructed as a separate single temple.

This cluster surrounded by mountains and hills and located in the central area of Dieng Plateau, consisting of four temples that lined elongated in the north-south direction. Arjuna temple is located at the north end, then to the south is the Srikandi, Puntadewa and Sembadra temple. Right in front of Arjuna temple stands Semar temple. The four temples in this cluster are facing west, except for Semar temple that facing east right in the opposite of Arjuna temple. This temple compound is the most intact compared to the other temple group clustered in the Dieng area. 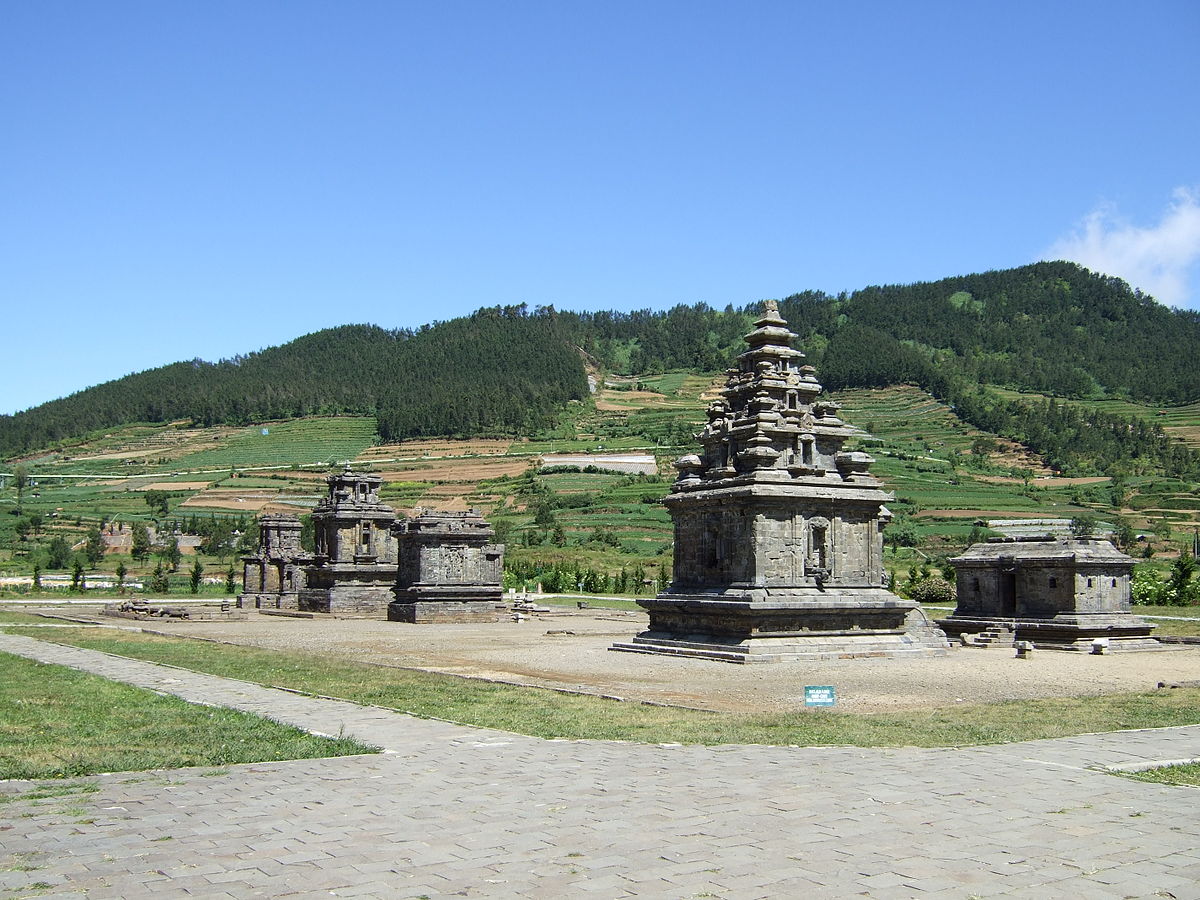 This temple not only offers majestic structure, but it also featuring breathtaking nature views and lush plants. Getting around the temple would be a satisfying experience. It is said the structure has been there since the reign of Ancient Mataram Kingdom. By exploring the temple and its features, everyone can learn a bit way of living of people in the past, along with their philosophy and spiritual aspect. It’s a match for you who love cultural and historical trip!

Srikandi’s outer wall features carvings, displaying several Hindu Gods. The temple displays Tri Murti or three prime Hindu Gods. There is God Brahwa with his multiple heads and arms, also the carvings of God Vishnu and Shiva. It features several cube stones on top of the temple. Another feature is the stone staircase, where you can walk on to the temple! 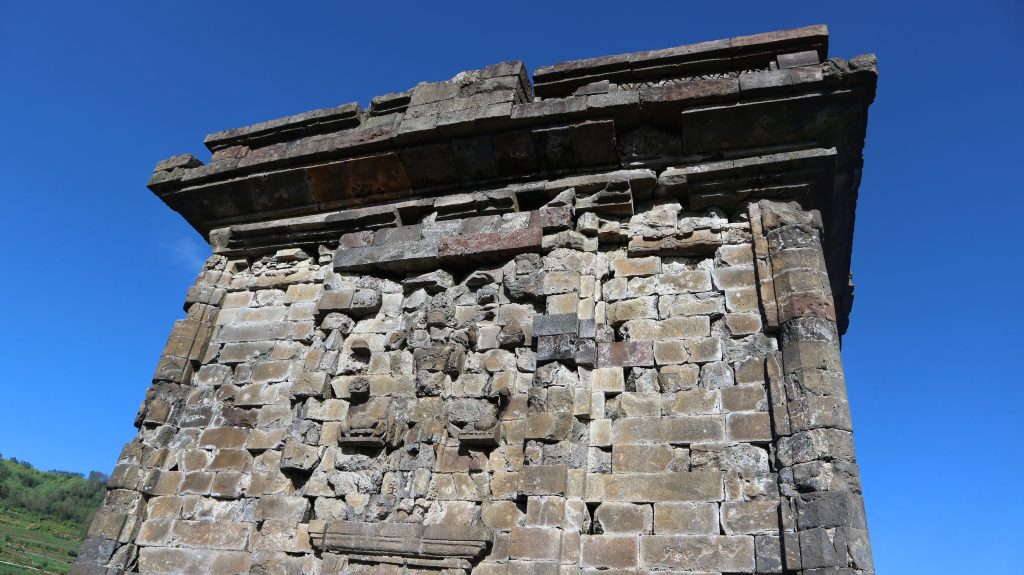 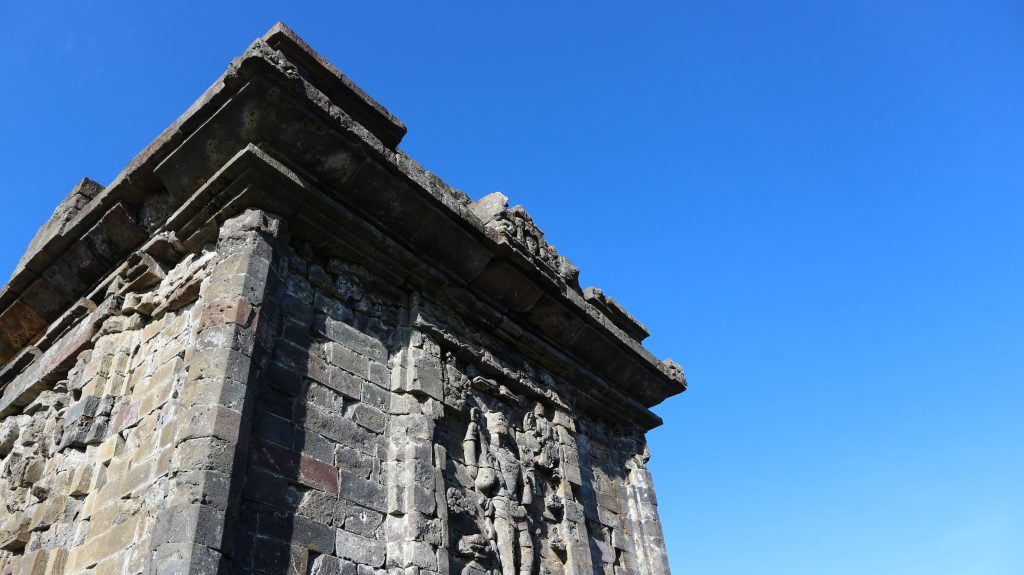 This temple is worth to see! It features a “relung” or a place to store arcas, jutting out the wall. Its roof has the shape of a bar and features majestic ornaments. The best thing about this temple is it remains in a good condition. Even the roof remains intact, unlike the majority of temples in Dieng, which have been severed. That means it becomes a perfect background for you who love to take some photography while traveling! 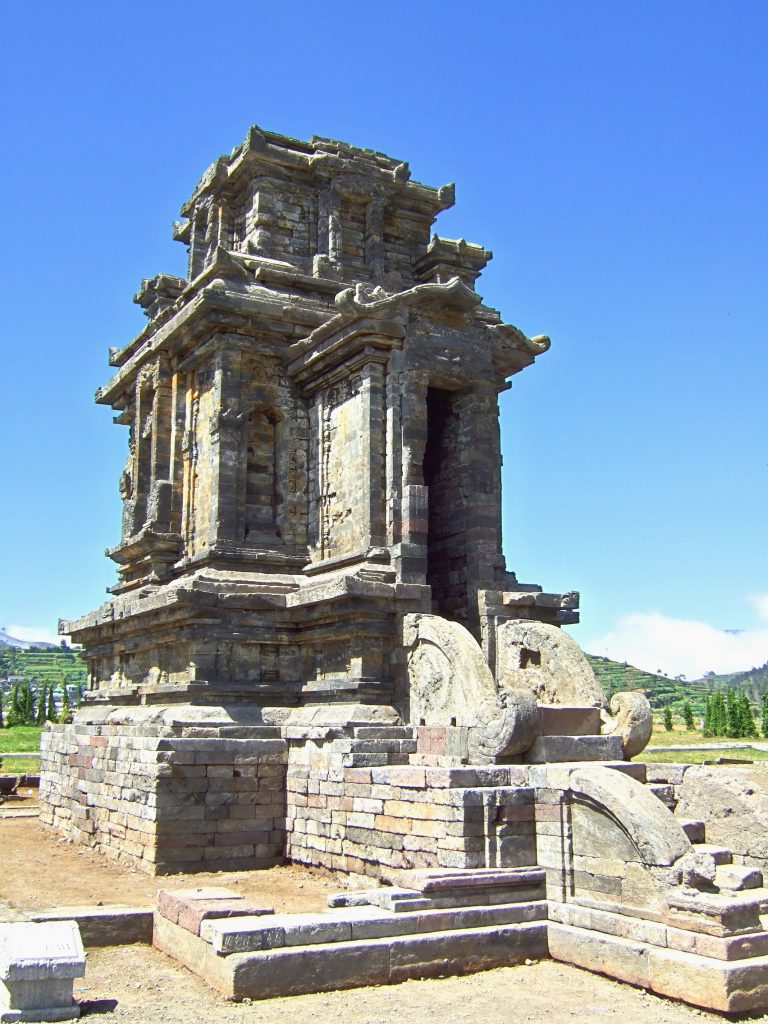 Say Hi to Sembrada! This temple has a stone ornament with the shape of a blooming lotus on its roof. When it comes to architecture, it features a hole to display an arca. In the yard, some stones are scattered neatly. All of those features make it an interesting place to visit and it is perfect to capture some beautiful pictures using a camera. 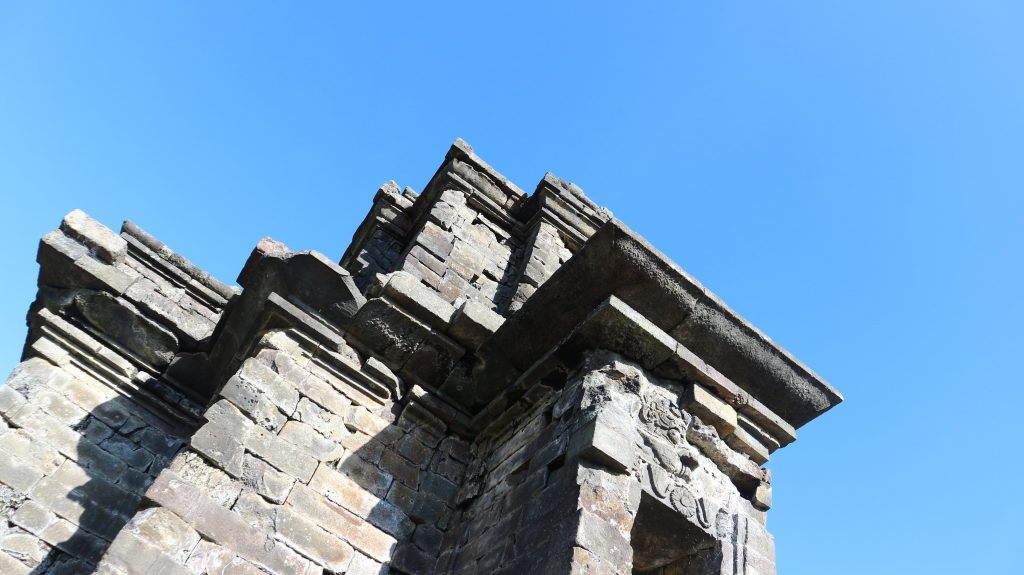 This temple has a different shape than others. Back then, Semar Temple was used by Brahmana caste or priests for performing numerous religious ceremonies, also a place to store tools and things that used when they do any rituals. 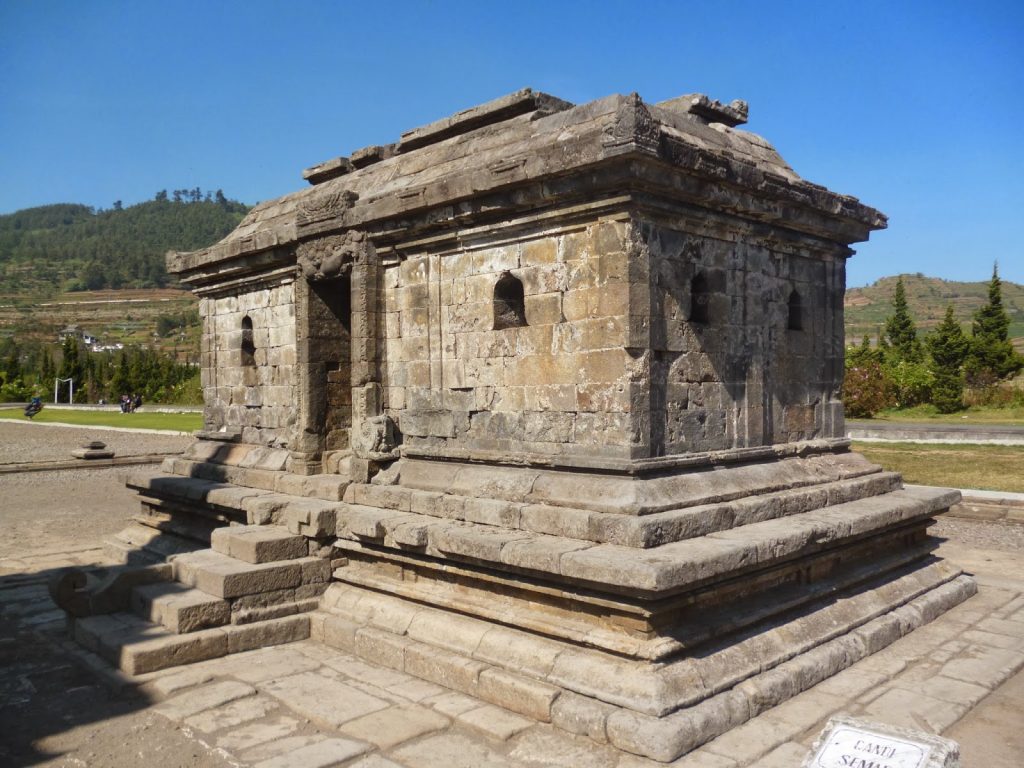 Gatotkaca group also consists of five temples; the Gatotkaca, Setyaki, Nakula, Sadewa, and Gareng temples. Today only Gatotkaca temple remains stands, other four temples are fallen into ruin. Gatotkaca Temple is located near to Arjuna Temple Complex. Both of them are connected by an easy part, featuring an uphill route. Moreover, it takes only 15 minutes to reach each of the complexes. 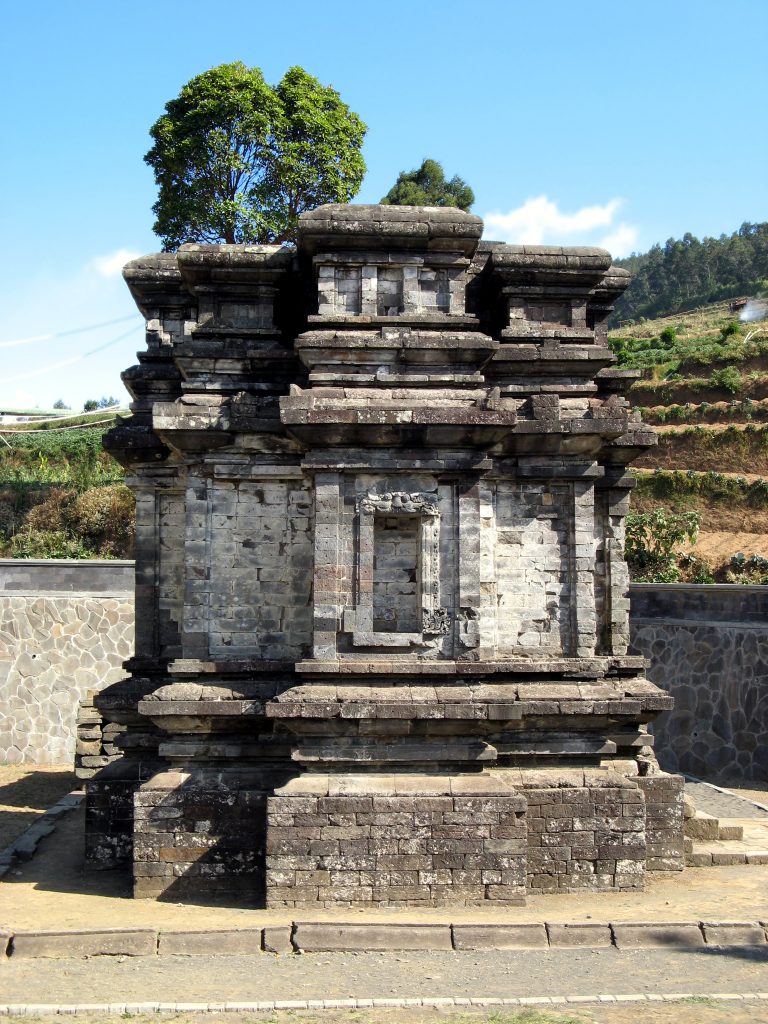 This cluster is included in the list of Dieng Plateau’s recommended tourist spots despite its unpopularity. Dwarawati group consisted of four temples, namely Dwarawati, Abiyasa, Pandu, and Margasari temple. However, currently, only Dwarawati that remain relatively intact, the rest are in ruins. The presence of Dwarawati Temple is not as well-known as Arjuna or Gatotkaca. It is also true that location is a bit secluded and it has not many visitors as temples that reside in other complexes. The nuance of this temple is desolated and there is no guard at all. Knowing the fact, you can take advantage of such peaceful nuance for relaxing! Moreover, it is surrounded by local’s potato farms and hills! Not to mention, fresh air and mesmerizing nature scenery are quite satisfying! 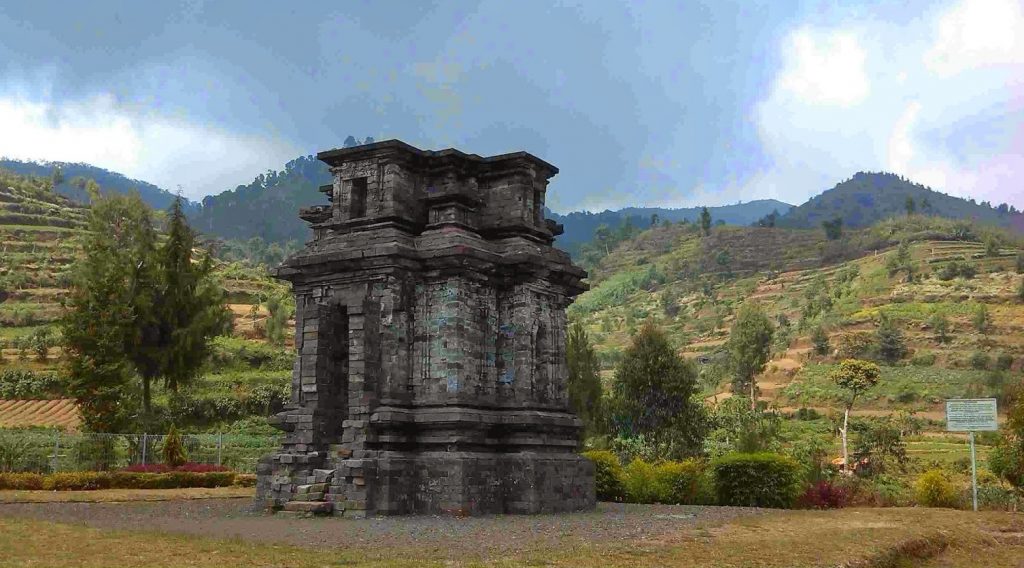 So whether you love ancient art and architecture or are just looking for a relaxing day away from the hustle and bustle of the major cities, these temples in Dieng is a must see. Combine it with a visit to other attractions in the area to make the most of it! See you, here!